THIS IS POWERFUL GODDESS SARASWATI MANTRA CHANTED 11 MALA (11X108) IN FAST MODE FOR DEFINATE SUCCESS AND GOOD MARKS IN EXAM.
This Video Clip is a Vardan of Goddess Saraswati to every student who will Listen this 1 time in head phone everyday regularly WITH STUDY from start of school/college upto result come out then see the result.
Even I suggest that it should be started to Listen from start of Study to Completion of study without breaking then see the tremendous result.
This is a tested Mantra believe me.
|| Om Aim Namah ||

Saraswati is the Goddess of leaming, knowledge, and wisdom. The Sanskrit word sara means "essence" and swa means "self." Thus Saraswati means "the essence of the self." Saraswati is represented in Hindu mythology as the divine consort of Lord Brahma, the Creator of the universe. Since knowledge is necessary for creation, Saraswati symbolizes the creative power of Brahma. Goddess Saraswati is worshipped by all persons interested in knowledge, especially students, teachers, scholars, and scientists.
In Her popular images and pictures, Goddess Saraswati is generally depicted with four arms (some pictures may show only two arms), wearing a white sari and seated on a white lotus. She holds a book and a rosary in Her rear two hands, while the front two hands are engaged in the playing of a lute (veena). Her right leg is shown slightly pushing against Her left leg. She uses a swan as Her vehicle. There is a peacock by Her side gazing at Her. 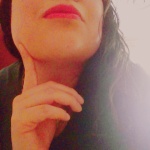